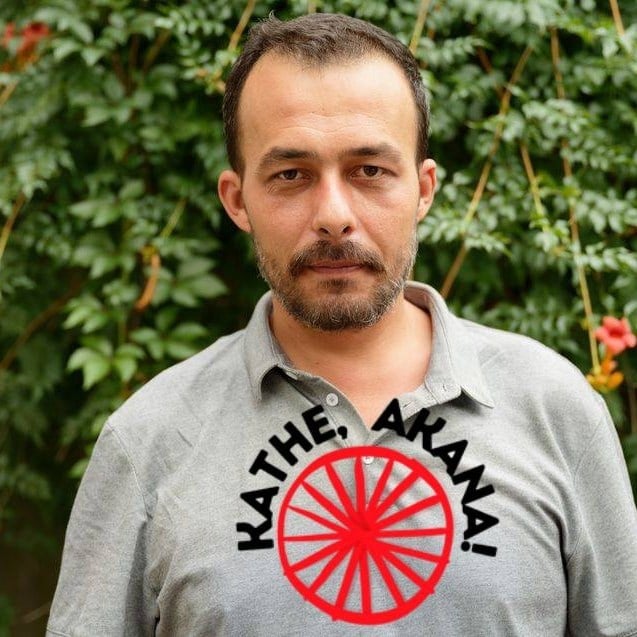 “KATHE, AKANA!” has a clear social message of education, awareness, and strengthening of a positive identity. This cultural diversity about and especially with the Roma serves both Roma community’s inner harmonization and the majority of the non-Roma population.” (Alex Fifea, the founder of the first international Roma theater festival in Romania). In his final high school year, Alex discovered a passion for acting through “Podul” Student Theater, headed by director Cătălin Naum. Later, however, upon graduating from the UNATC, the young actor refused all proposals coming from state theaters and chose the total freedom of an independent actor. He chose the more challenging path, as they say, because, for him, it seemed more important to be able to talk and play about the less pleasant aspects of a society. Now, more than a decade after his first steps in the theater, Alex Fifea has become one of the prominent voices on the independent scene in Romania. “KATHE, AKANA!” Roma Theater Festival is positively a confirmation of that initial creed:

Anca Văleanu is a talented and optimist young women of 17 years old. She is acting, playing and preparing for a career in hotel industry. In 2021 she started writing, her first articles being about the success of those who started with few chances in life and about the projects that help young people from disadvantaged areas.