Passion for early childhood education — An interview with Diana Cocioabă, professor at School No. 2 in Ferentari 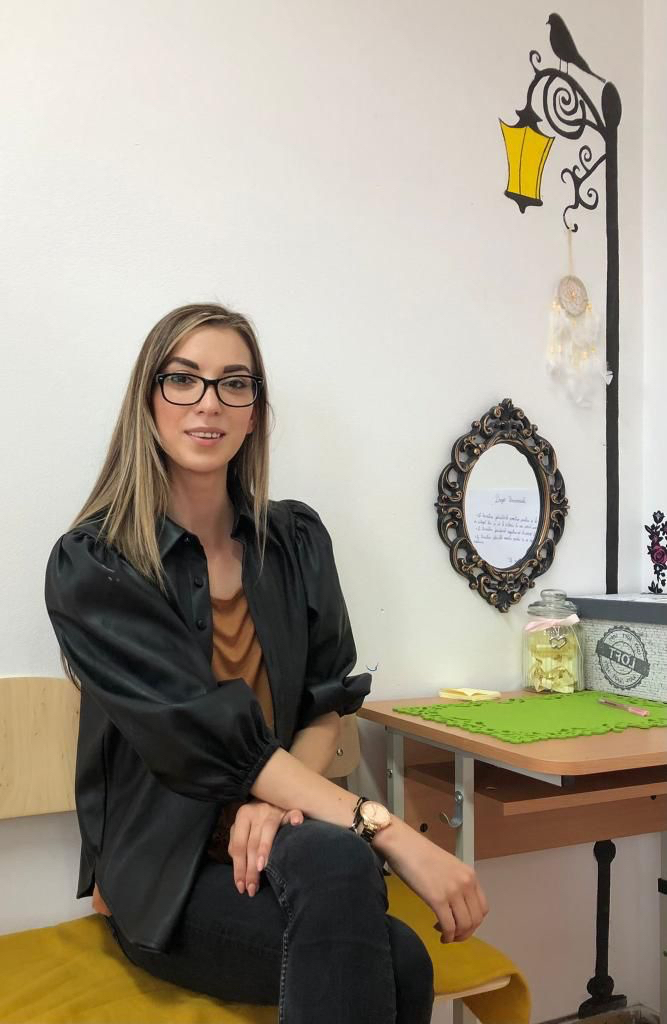 Diana Georgiana Cocioabă teaches at School No. 2 in Ferentari. Apart from her pedagogical activity, the young mentor also holds workshops for a target group of about 30 students, who frequently take part in these extracurricular sessions. The activities focus on Generation Alpha, and Diana tries to provide the children with an environment they’re already familiar with and make them feel they’re in control.

Diana’s last summer’s workshops have inspired School No. 2 to offer, from 2023, some optional classes. However, these activities are not so different from the traditional courses, making the transition between classes themselves and children’s gratification easier. Diana Cocioabă and her colleagues also proposed the development of prosocial behaviors in future workshops and more work on the cohesion side of the group (children being of different ages).

Currently, Diana is also a master’s student at the Faculty of Psychology and Educational Sciences in Bucharest, within the interdisciplinary master’s program in Early Education. She’s always had this pedagogical vocation and admits there’s no chance of losing it. On the contrary, after six years of teaching, her desire to work with pupils in formal and non-formal settings intensified.

Diana Cocioabă was interviewd by Anca Văleanu, and the complete version was published by galasocietatiicivile.ro and can be read aici.